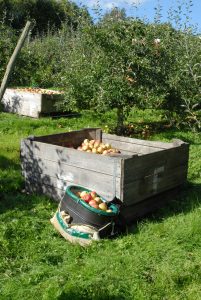 The Parish of Brenchley and Matfield is part of the Borough of Royal Tunbridge Wells, Kent and consists of two villages, Brenchley and Matfield, with the addition of two hamlets, Castle Hill and Petteridge. The parish is surrounded by countryside and most of it is in an Area of Outstanding Natural Beauty, the two village centres being in Conservation areas

The Parish lies five miles East of Tunbridge Wells, off the A21. Travelling from the A21, you will soon come to St. Luke’s Church, Matfield on the right, with the War Memorial close by, before reaching the picturesque village green and pond located in the centre of the village. The war poet Siegfried Sassoon, lived at the northern end of the village, at Weirleigh, on the Maidstone Road, and recorded his pleasure in the cricket played here almost a century ago, a tradition which continues today. His mother, Theresa, was one of the founders of Matfield Women’s Institute in 1921 (and there is more about the history of Matfield WI here).

Matfield House, an elegant George II residence built, in the Queen Anne style, in 1728, overlooks the Green. This was built by Thomas Marchant whose family lived in the property until the middle of the last century and is Grade 1 listed. Nearby, on the Green, stands a beacon erected to commemorate the Millennium, and an Oak seat, set by the pond, records the Golden Jubilee of Queen Elizabeth II together with a flagstaff at the back of the Green.

Turning right at the crossroads by the fire station, takes you into Brenchley past the Brenchley & Matfield C of E primary school. This is another delightful village, 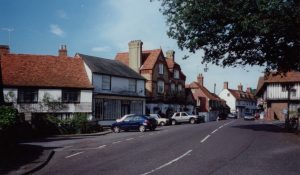 rich in local history. The centre square is a setting for many interesting old buildings including the Grade 1 Listed Church of All Saints’. Beside it, the old vicarage is said to date back to the 14th Century. In the High Street, The Old Palace was begun at the time of Agincourt, and was home to the Roberts family, until 1620 when Margaret, the last heiress, married a cousin at Cranbrook. Legend says the building was a ‘palace’ because the Duke of St. Albans, descendant of Charles 11 and Nell Gwynne, once owned it. Certainly the forth Duke married another Roberts heiress.

Across the square the butchers shop is housed in an attractive timber framed building known as Queen Anne’s Hunting Lodge, though no one knows why.

A panoramic view across the Weald can be seen from the Millennium Viewing Point in Crook Road. 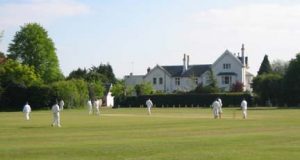 In the surrounding countryside farming is probably the most obvious industry, though it gives employment to very few people nowadays. The area in the past was one of the most important fruit growing centres in the country, and top quality apples are still grown locally for nation wide distribution. Many inhabitants commute to business, though the parish is far from being a dormitory area. Both villages have their own active local shops and village halls, and a welcome meal is available at pubs and restaurants throughout the parish. Three cricket clubs still thrive, there is a football club in Brenchley and several other sports facilities are provided at the Brenchley Sports Club complex. There are numerous village organisations which all contribute to the friendly and active atmosphere of the Parish.