Brenchley Memorial Hall was constructed by the community in 1922 on land known as the Blackberry Field, by the purchase of a deed of assignment from a local farmer. The grounds incorporated the Brenchley Cricket Field, where Siegfried Sassoon had played cricket in the early 1900s. The Memorial Hall and the surrounding recreation grounds were created by the community for the use of the inhabitants of the Parish of Brenchley and the neighbouring area. Many members of the community in the 1920s made a contribution, either through donations of time or money, by fundraising or by assisting in the construction work. The Podmore family was generous with both its time and funding, making an invaluable contribution to the success of the project.

The village hall and recreation grounds were created to commemorate those men belonging to the Parish and its neighbourhood who gave their lives in the First World War. The Hall and complex were officially opened on 5th February 1923. The Memorial Hall and Grounds are now administered by the Brenchley War Memorial Hall and Recreation Ground Charity, which is vested with the Official Custodian of Charities. The Charity Trustees nominated by the sports clubs and the local community. All of the sports facilities are run independently by individual clubs.

The former Men’s Club is now leased commercially to Grays, a community café, and is open to all. The Small Hall (originally called the Ladies’ Room) and the Attic Room are licenced to Kinderversity Limited as a Day Nursery.

The Memorial Hall has a number of facilities consisting of a main hall with a stage and lighting, together with kitchen & toilet facilities. At the east side of the building there is a Meeting Room and Snooker Room, available for hire by the community. The Meeting Room houses the Parish Archive, which is attended by volunteers for two sessions each week.

The building is surrounded by an extensive car park. which provides parking for the Memorial Hall and for the sporting facilities. As well as being used by local societies and groups, the rooms may be hired for private functions, such as wedding receptions and birthday parties, as well as bring and buy sales, cheese and wine parties, bazaars, fairs, etc. Throughout the week the halls are in use by numerous daytime and evening regular classes. A monthly Film Night is held, usually on the third Friday of each month, when recently released movies are screened.

For more information, visit our website at www.bmhcharity.org . On that site, booking information is provided here and you can view availability of the various facilities here. 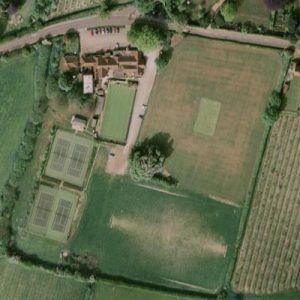