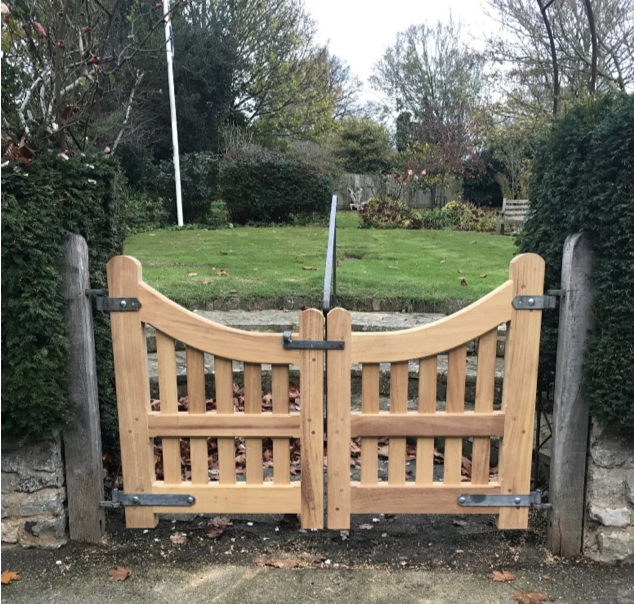 The Old Palace was originally owned and restored by Tonbridge Rural Council, who then transferred it to TWBC, who later sold it to the High Weald Housing Association. Throughout that time Jack Verrall lived in the last house in the row, spending most of his time gardening the small plot of land next door, stopping frequently to chat to passers by. The housing association ultimately sold the properties to private buyers, but three Brenchley residents realised that the garden then derelict, because of Jack’s death, was most attractive as a car park or worse a building plot. The Rose and Crown Inn across the road had no outside drinking area and it was hoped that the new garden would be attractive both to its customers and at the same time provide a safe place for locals of Brenchley to rest there as it’s own village green. The original entrance design as a tiled lynch gate was turned down by the planning service as likely to confuse strangers.

Money for its conversion was donated by involving the landlords of the four local pubs in persuading their customers to donate. Paving stones for the curved entrance steps were donated by Bob Currier, assorted shrubs were given by supporters, the central bird bath donated by Brenchley Afternoon WI in memory of Vera Thompson, whilst the Elizabethan style oak double gate was paid for by donations. Other people gave physical support in planting and turfing, whilst Michael Kehoe the owner of Bourne’s Stores opposite, brought liquid refreshment in the heat of summer to the trio. Josie Henderson provided the Rose arch fabricated by Dick Lee at the forge across the road. Barry Williams planted the front yew hedge

The substantial front wall of Kentish ragstone was breached with a mini digger as well as the sweeping entrance, a mound of broken glass was located and removed.

A ceremony of adoption was led by the mayor of Southborough and a relative of Jack’s travelled especially from Dorset for the ceremony. To ensure the future of the garden the Parish Council purchased the plot and is now responsible for its upkeep, new oak gates were installed in 2017 and fencing replaced in 2019.