The Shaping of Our Parish 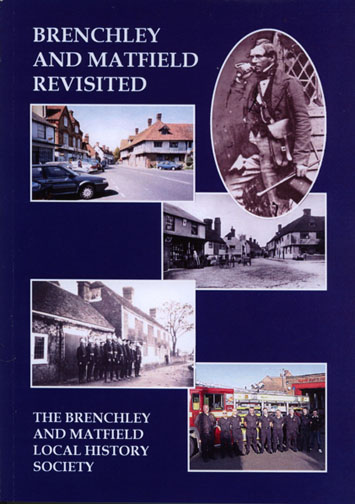 Below is an extract from the book on the early history of the Parish.

The oldest evidence we have of habitation in the area is the earth work or ‘castle’ situated in Castle Hill. The exact date of the construction is unknown but it has been classified as a ‘moat camp’ and the moat still retains some water even though it is situated on a hill side. The entrenchments are not in a good state of preservation and the site is very overgrown. However, the work appears to have consisted of a deep fosse, or moat, with ballast thrown on both sides to form two ramparts. There is evidence of a second ditch and a third rampart on two parts of the circle and the only opening is on the south east, which is, presumably, the original entrance.

In early times, the Weald was covered with oak forest; the woods less valued for their timber than for the acorns and ‘dens’ (wooded glades) where pigs could he kept. Later on, as the forest began to be cleared, the ‘dens’ became the settlements and villages (hence Wealden villages incorporating ‘den’ in their names Horsmonden Tenterden, Marden).

Brenchley must have originated as a clearing in the forest: this is what ‘ley’ means from the Saxon, “Braence’s clearing”. In 1170 a chapel in Brenchley was part of the vast Parish of Eldyrige (Yalding) and belonged to the de Clare family. There is evidence structurally that some of the present church is Saxon. Richard de Clare granted the Parish to Tonbridge Priory, which he had recently founded, and from then on Brenchley is referred to as a separate parish. The present church, we are told, was built in 1233, in the ‘Early English’ period of church architecture. It is built of local sandstone, thought to have been quarried at Pixot Hill.

During the early 14th Century, cloth making, with its headquarters in Cranbrook, became established by clothiers and weavers from Flanders. Villages like Brenchley became involved in this flourishing trade and many of the substantial timber framed buildings throughout the Weald were built with the wealth of this industry.

The Weald was also, in later years, a centre for the iron industry, and names in the parish refer to this: Furnace Pond, Furnace Farm, Cinderhill. Brenchley is not listed in the Elizabethan lists of Kent foundries and furnaces but, under James I, John Brown of Brenchley became prominent as an ironmaster. By 1613 he was well established, employing 200 men, and the following year he was granted the monopoly of making iron and brass guns for the navy. By 1642 he had become the gunfounder for Parliament, The Medway was used as an easy route to the Thames and London. Today it is hard to imagine the fiery furnaces of the iron industry belching smoke into the valleys of the Weald; the tranquil ponds, are all we have left, although below Cinderhill Wood there are some masses of what is possibly spent moulding sand. With ship building, the iron industry and clearing, the oaks of the Weald became fewer. We can see that the oak studding in the earlier buildings is much closer than in the later ones.

In the late 18th Century, when Hasted, the Kent historian, made his way through the Weald, he found the roads “very deep and miry” and the parish as having a “dreary, gloomy aspect from the quantity of. large. spreading oaks throughout it”. He goes on to say, “thehouses, which are mostly old-fashioned timbered buildings, are situated in general round the different small greens or fostals”. At this time the Parish of Brenchley included the hamlets of Matfield and Paddock Wood.

Clearly it was quite difficult to travel far and Brenchley, like many villages, was more or less self-sufficient. In 1823, The Directory lists people under the following trades: blacksmiths, bricklayers, butchers, carpenters,
corn millers, grocers and drapers, nursery and seedmen, plumbers and glaziers, saddlers, shoemakers, taverners, beersellers and wheelwrights. Hatmill Cottage stands on the banks of a stream in Hatmill Lane and, as the name suggests, it was here that straw and beaver hats were made. Also, as its name suggests, Bramble Reed Lane, Matfield, was once a centre for the thatching industry. Marl (Marle Place) was dug for spreading on ground around lime loving crops as agriculture, of course, was a mainstay of the area, with hops and fruit predominating at this time. There was employment locally on the farms, in the local shops and with the local
tradesmen, as well as domestic work in the big houses.

The repair of the main road from London to Goudhurst, from 1750, was carried out by a Turnpike Trust, and there were toll gates at Burrs Hill, Market Heath, Corke’s Pond (where Matfield War Memorial now stands) and Brenchley Hill (Paygate Cottage). In 1823, passengers could travel by coach to London on Mondays, Wednesdays and Fridays, returning on Tuesdays, Thursdays and Saturdays, aboard the ‘Flower of Kent’. The stagecoach service was eclipsed with great speed by the advent of rail travel and Paddock Wood station opened in 1842.

The coming of the railway brought enormous changes; people could travel further afield to work and a rapid expansion of the villages followed. The population of Kent trebled in the 19th Century. Both Matfield and Paddock Wood, originally part of the Ecclesiastical Parish of Brenchley, now became Parishes in their own right, and St. Luke.’s Church was built in 1876. Today few residents of Matfield and Brenchley work within the villages. Most of the population is either retired or travels to work elsewhere hence the predominance now of the motor car. The quiet country lanes we see in William Hodges’ photographs have gone forever, and our roads seem to be getting busier every year.

The villages of Brenchley and Matfield were fortunate in having, during the very early days of photography, a postman, William Hodges, whose hobby was taking photographs of the houses, the people, the villages and the surrounding countryside. A few of his photographs (published in the book) are shown below. 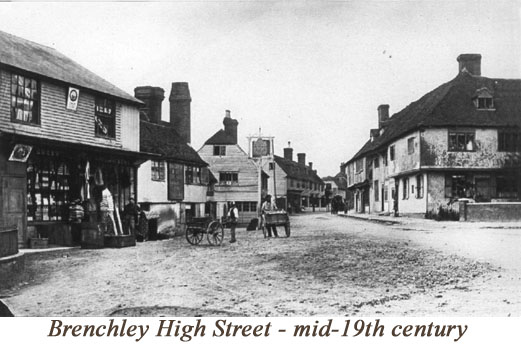 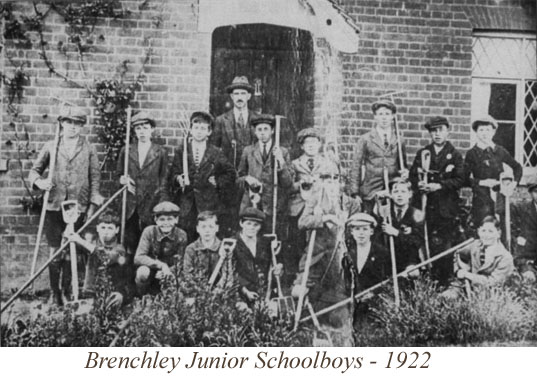 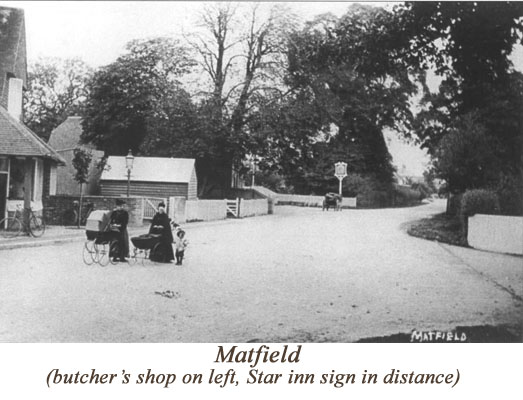 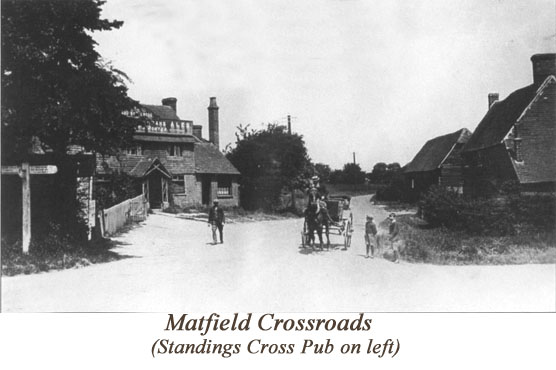